Presented by the City of Yuma’s Division of Arts and Culture, Tribute of the Muses celebrates and recognizes individuals who have made significant contributions to Yuma’s arts community. The coveted Tribute of the Muses award is a distinguished legacy award that honors an individual or couple who have shown exemplary devotion and excellence in the arts. The Helios Award recognizes an up-and-coming voice in the arts.

As Tribute of the Muses celebrates more than two decades of arts excellence in Yuma, two new awards are offered this year:

“The two new awards this year are an exciting addition to the ceremony,” said Arts and Culture Program Manager Lindsay Benacka. “In the past few years, we’ve seen major growth in nominations, and hope that the new awards further the goal of honoring creative community members and innovative organizations.”

Members of the public may nominate an individual, couple or group for these awards. Forms are due by Aug. 27. Find nomination forms at www.YumaArtCenter.com or in person at the Yuma Art Center, 254 S. Main St.

The individual or couple honored by Tribute of the Muses reflects devotion and excellence in the arts. Nominees may reflect acknowledged excellence in a chosen arts field, arts advocacy, arts philanthropy and/or arts education. Candidates for nomination may be artists, art teachers, leaders, supporters or volunteers in the arts community. They should have a recognized track record of at least 5 years in Yuma as a champion of the arts through creative contribution, gifts of time and support.

Winners will be announced Oct. 8 at the annual awards ceremony, themed “Starry Night.” The ceremony and the gala that follows it are in planning phase, with public health and safety as the top priority.

“Event planning is underway and we are cautiously optimistic that we will be able to gather and celebrate together for the big night,” Benacka said. “Regardless whether we celebrate in person or virtually, we look forward to honoring those in our community who continue to make Yuma an exciting and creative place.” 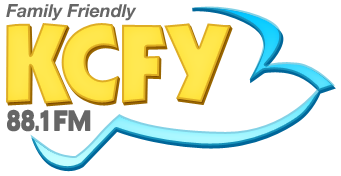